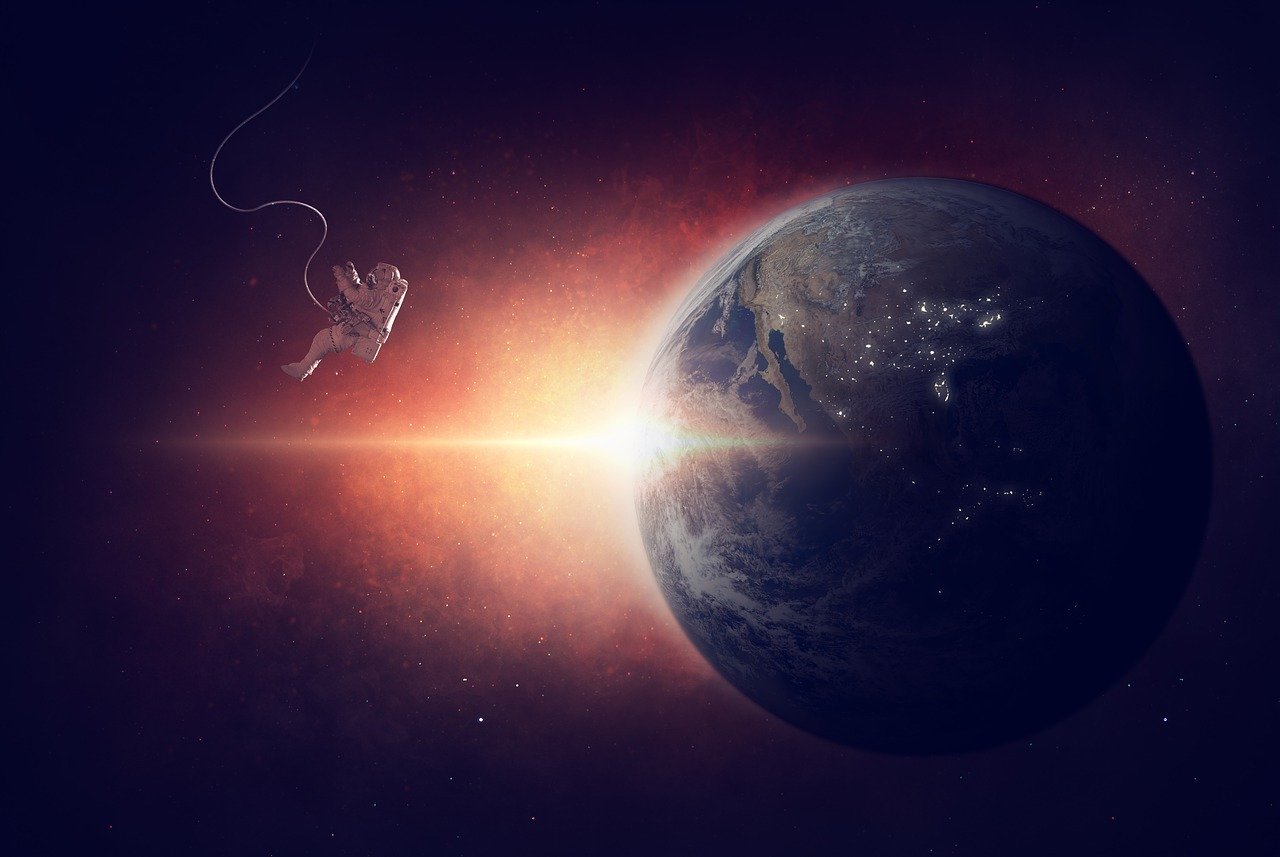 American astronomer Carl Sagan’s words reverberate in our ears even to this date, in the form of texts and audio messages, that he shared with us and the universe.

Throughout his life Carl Sagan was dedicated to share his wisdom with us. His books and audios eloquently express his thoughts about the beauty of nature that surrounds us. And the beauty that is hidden and unexplored by us.

Which tickles our mind, and sometimes places a period or a semicolon to the long trail of thoughts, that go far and beyond God and human existence. And brings us closer to the secrets hidden in the universe.

“Cosmos is a Greek word for the order of the universe. It is, in a way, the opposite of chaos.”

“Meanwhile the Cosmos is rich beyond measure: the total number of stars in the universe is greater than all the grains of sand on all the beaches of the planet Earth.”

“In a cosmic perspective, most human concerns seem insignificant, even petty.”— Carl Sagan

“We are a way for the cosmos to know itself.”

“The Hindu religion is the only one of the world’s great faiths dedicated to the idea that the Cosmos itself undergoes an immense, indeed an infinite, number of deaths and rebirths.
It is the only religion in which the time scales correspond to those of modern scientific cosmology. Its cycles run from our ordinary day and night to a day and night of Brahma, 8.64 billion years long. Longer than the age of the Earth or the Sun and about half the time since the Big Bang.”

Check out: How to achieve Solitude in a World full of Clamour

“Every one of us is, in the cosmic perspective, precious. If a human disagrees with you, let him live. In a hundred billion galaxies, you will not find another.”

“The nitrogen in our DNA, the calcium in our teeth, the iron in our blood, the carbon in our apple pies were made in the interiors of collapsing stars. We are made of starstuff.”

“We are privileged to live in, and if we are lucky to influence, one of the most critical epochs in the history of the human species.”

“We are like butterflies who flutter for a day and think it is forever.”— Carl Sagan

“You are worth about 3 dollars worth in chemicals.”

“We are fortunate: we are alive; we are powerful; the welfare of our civilization, and our species is in our hands. If we do not speak for Earth, who will? If we are not committed to our own survival, who will be?”

“Human beings have a demonstrated talent for self-deception when their emotions are stirred.”

“Exploration is in our nature. We began as wanderers, and we are wanderers still. We have lingered long enough on the shores of the cosmic ocean. We are ready at last to set sail for the stars.”

“For a long time the human instinct to understand was thwarted by facile religious explanations.”

“But humans have deliberately selected which plants and animals shall live and which shall die for thousands of years. We are surrounded from babyhood by familiar farm and domestic animals, fruits and trees and vegetables.
Where do they come from? Were they once free-living in the wild and then induced to adopt a less strenuous life on the farm? No, the truth is quite different. They are, most of them, made by us.”

Check out: Cutest Pictures of Bumblebee’s Butts making Rounds on the Internet

“The secrets of evolution are death and time—the deaths of enormous numbers of lifeforms that were imperfectly adapted to the environment; and time for a long succession of small mutations.”

“The surface of the Earth is the shore of the cosmic ocean.”

“We have examined the universe in space and seen that we live on a mote of dust circling a humdrum star in the remotest corner of an obscure galaxy.”

“The universe is not required to be in perfect harmony with human ambition.”— Carl Sagan

“The beauty of a living thing is not the atoms that go into it, but the way those atoms are put together.”

“We have held the peculiar notion that a person or society that is a little different from us, whoever we are, is somehow strange or bizarre, to be distrusted or loathed. Think of the negative connotations of words like alien or outlandish. And yet the monuments and cultures of each of our civilizations merely represent different ways of being human.
An extraterrestrial visitor, looking at the differences among human beings and their societies, would find those differences trivial compared to the similarities.”

“The absence of evidence is not the evidence of absence.”

“Every star may be a sun to someone.”— Carl Sagan

“If the general picture of an expanding universe and a Big Bang is correct, we must then confront still more difficult questions. What were conditions like at the time of the Big Bang? What happened before that? Was there a tiny universe, devoid of all matter, and then the matter suddenly created from nothing? How does that happen?
In many cultures it is customary to answer that God created the universe out of nothing. But this is mere temporizing. If we wish courageously to pursue the question, we must, of course ask next where God comes from. And if we decide this to be unanswerable, why not save a step and decide that the origin of the universe is an unanswerable question? Or, if we say that God has always existed, why not save a step and conclude that the universe has always existed?”

“Writing is perhaps the greatest of human inventions, binding together people, citizens of distant epochs, who never knew one another. Books break the shackles of time, proof that humans can work magic.”

“Books permit us to voyage through time, to tap the wisdom of our ancestors.”— Carl Sagan

“What an astonishing thing a book is. It’s a flat object made from a tree with flexible parts on which are imprinted lots of funny dark squiggles. But one glance at it and you’re inside the mind of another person, maybe somebody dead for thousands of years.
Across the millennia, an author is speaking clearly and silently inside your head, directly to you. Writing is perhaps the greatest of human inventions, binding together people who never knew each other, citizens of distant epochs. Books break the shackles of time. A book is proof that humans are capable of working magic.”