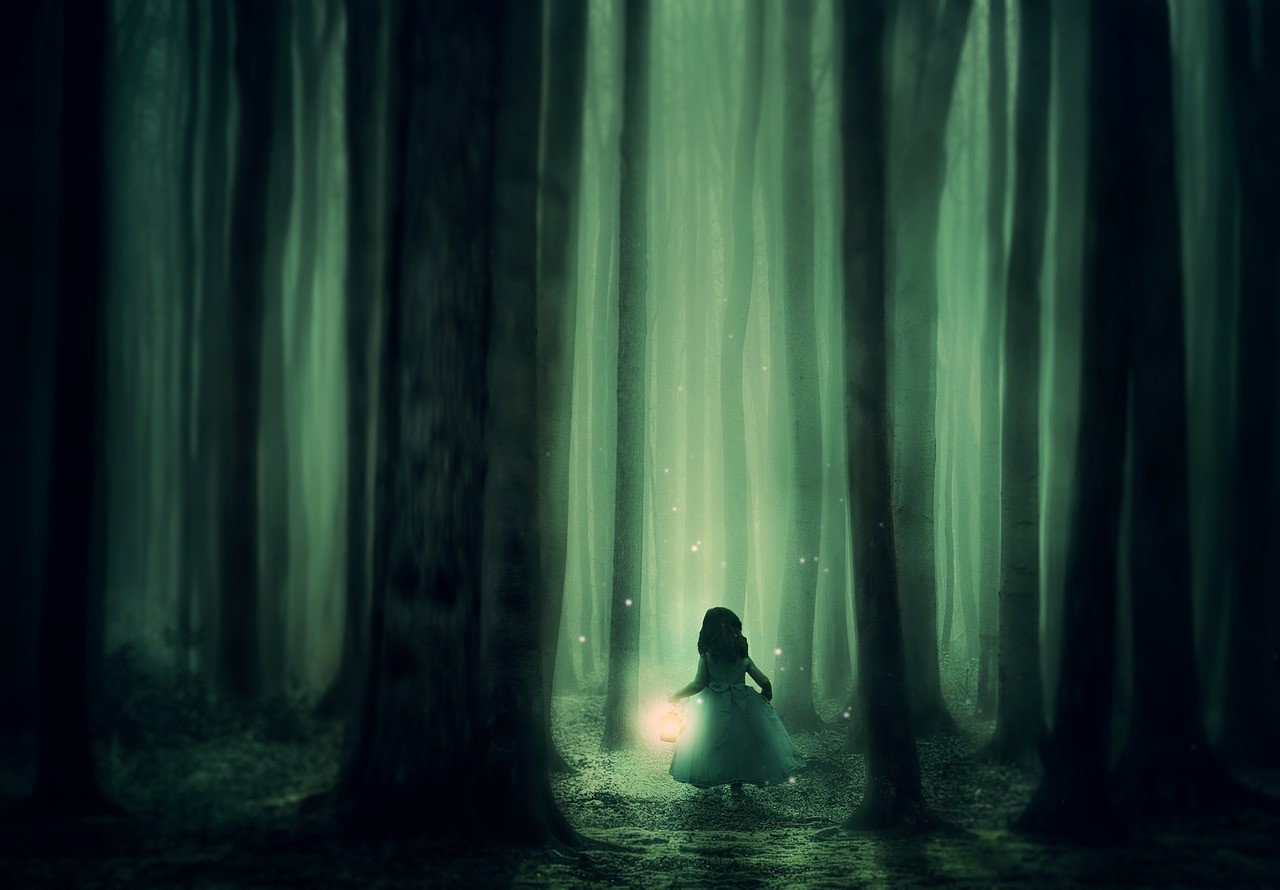 Existential Crisis: The World is Full of Questions Unanswered:

A person carries a lot of weight in his chest but we only see the glowing smiles. Everybody we meet is struggling, battling with a lot of problems but we think only ours is worth mentioning. We want to share but aren’t willing to hear. People are dying inside, with a heart that has been decayed and dried long ago.

They want someone to stroke their back like a mother does to her infant. The earth is being engulfed by the soaring population of homo-sapiens. Yet we are so lonely inside, so desperate to seek human connection. Meaningful human connection to be precise.

Every other person you know has insecurities that eat them inside:

Some have never experienced what it is to be loved and to be cared for. While others are so numb, that all they want is to be held so tight, that their bones warm up and they feel alive. Many have been brutally bruised by the wrath of the times, that their limbs ache when they try to get up from their half-made bed. There are so many humans around but one still feels like an alien. Everybody wants to be understood but nobody is ready to open up.

There are trust issues and memories of harrowing events, that makes one retire to his shell. The society that is “We” create Depression, where the problem lies within us. We need to shake ourselves to the core to get the answers. But we resist it and try to find a quick fix, for something that doesn’t demand a temporary solution. But requires utmost attention. First to understand the problem and then to find the root cause of it. Then to interrogate ourselves, ‘What is triggering it? damaging us from within.’ And sulking wouldn’t cure it nor dependence on someone will soothe the wounds, that are hidden skin deep. Only efforts will.

What if we swap the words and see mental disorder as suffering? It’ll be easier to understand. Humans have been suffering from ages and one needs to find a breakthrough. Because suffering will never end and relying on medicines for the rest of your life can never be the solution. As Jiddu Krishnamurti said, the “self” is the “me”, the ego. The selfish me, where the self-centered activity causes so much disorder in the world.

“It is no measure of health to be well adjusted to a profoundly sick society”. — Jiddu Krishnamurti, Indian Philosopher, Speaker and Writer.

There are so many friends yet no companion to keep for long:

Cheap calls to make but not a single quality person to talk sense. So many dating apps with superficial mortals in pursuit of hollow relationships and flings yet no app to help people build deeper connections. To seek love and respect in a world which has made it appear to be old-fashioned. Trading sex is easy but sharing problems isn’t.

One refrains from making heartfelt relationships. It scares them, bothers them and makes them run away, as fast as they can. Herein, lies the problem, how the selfish “I”, “Me” wants to be loved. But refuses to share the same because they fear getting hurt. If you fear the unknown, you will fear the rest of your life. You may never experience something beautiful, something new which may broaden your perspective towards life.

Voices are hushed everywhere yet we advise others to open up:

Fake emotions are on public display on Facebook, on Instagram and WhatsApp. But if anyone dares to write a para citing how they feel, readers laugh and mock them for being too shallow. No wonder why people don’t open up and are depressed. Writing something bothers someone while being narcissist doesn’t. What have we become? Slaves to the system, selfish and unkind, a trait that no human should possess.

There is no love left only infidelity and lust. Now people get bored of each other, times have changed they say. Yet they want someone to accept them for what they are, what folly! Trashcans only deserve rubbish and not flowers to ooze out of their chest. Children have become less innocent as they are affected by the culture.

The changing times have brought waves of Depression, Anxiety, and Fear:

Divorce cases are soaring high as couples who sleep together, don’t have hours to bond. But they do have enough time to play mind games. To hide things from each other and to hop like play bunnies hither and thither. Moral values are at stake and people lie often. Things we were taught as kids make no sense now. It has become too vintage now, the only fact being this vintage thing has no value in the modern world.

Meeting people gives no joy rather it brings more emptiness and void in life:

They all feel alike upon knowing them too well. People are becoming dumb day by day. Well-versed ladies in their 40s are making duck faces, trying to keep up with the changing times. And uncles are fighting over religion on every other social platform.

While their artsy kids are making eddies out of joint. And their guardians think, they are naïve. Every other global face or celebrity is dying due to an overdose of cocaine. And instead of empowering women, tits are flung free in the name of “Free the Nipple Movement”.

What to believe and what will remain a question unanswered:

Media is biased and we have closed the doors of our hearts for each other. Youth is excited for wars and old men are rooting for bombarding countries, slaying everyone to build castles in the air. Poor kids are dying out of malnutrition and affluent people are trying intermittent-fasting.

People are struggling for a day’s meal while restaurants are throwing away gourmet food made from exotic fruits. New diseases have surfaced and every other month you will get an update, about the new superfood that has taken over the market.

Superfoods are on the rise while indebted farmers struggle to find a market to flourish:

Paying more to consume food that will only burn a hole in their pockets. While peasants are marching towards Parliament, holding a plea to wave off their loans. Seasonal fruits and vegetables don’t reach the market because of the poor connectivity of roads, and this loss is borne by farmers.

Exotic Berries consumed by Vegans VS Seasonal Berries, does it make any difference?

The price of blueberries is soaring high as many people from the West consume it because it is an excellent source of Vitamins K and C, magnesium and fibre. It is a well-renowned fact, they are good for health and are sold at much higher prices in India. Many buyers shop berries online and are ready to pay the double.

Veganism is the new thing in India now and many are readily buying such exotic fruits to keep themselves fit. It is ironic to see that one such berry that is widely grown and found in India, having the same properties is being ignored. It is Phalsa, scientific name Grewia asiatica also known as Indian Sherbet Berries which contains Calcium, Iron, Magnesium, Potassium, Phosphorus and Vitamin C.

Surprisingly, such berries are sold at a very cheap price and is often referred to as wild fruit. Many other berries that are good for health, contain anti-oxidant properties that are found at a cheap price in India. Some of which are Mulberry (Shahtoot), Cape Gooseberry (Rasbharies) and Indian Gooseberry (Amla) which is a powerhouse of nutrients rich in Vitamin C, Calcium and Iron.

Apart from this there a wide variety of Himalayan berries found in Uttarakhand. That is yet to be discovered which the natives relish and they are beneficial to the health. To name a few there are Kafal, Timli and Hisalu.

Political parties are feeding lies while men women toiling in the remote areas die due to hunger, lack of facilities and are indebted until they die. Love has become superficial everybody wants to marry someone from their caste and creed. Dowry system hasn’t ended yet.

Men, women are fighting over gender neutrality, while people from the third gender, transgenders are being attacked. Have no jobs, no support, have been neglected for ages. Still, they do not make an outcry and are being hated for no reason.

There is a little faith in any movement because they are corrupted by the ideologies of men in power. When one gets the reign, the chameleon reveals its true colours. The movement loses its motive, it callously strays on a path decorated with lies and self-interest.

No survival skills are taught in schools and the madhouses raise fearful children:

Colleges prepare educated, modern salaried slaves who at times can stoop down to bag an appraisal. On the contrary, kids who love art are being scolded by their parents to keep aside their madness, otherwise, they will never get far in life. Parents are ready to pay their tuition fees until adolescence but find it hard to accept their child’s brilliance, their creative mind.

A little support from parents in the early years of childhood can reap great results in the future. Instead of choosing a career where they feel suffocated, they can have the liberty to be in charge of their life, where they can exercise their creative ideas.

The world needs as many artists as it needs 9 to 6 working class people:

The world has less great artists, less honest writers only mediocre men-women who have enough money to put their glittery, glamorous, sometimes sexual, other times with only fancy words, lacking feelings and thoughts on display. Because they know, the audience is naive, they will buy it.

They will watch nonsensical films that are slapped on their faces to make fun of their choice, wherein a hero always gets the heroine and women hardly get the limelight. With songs so filthy and vulgar that a sensible person would never sing it but kids these days are gleefully dancing on it, which is a result of bad parenting.

Materialism is directly proportional to Consumerism:

We fight Consumerism but we are materialistic ourselves, taking more from earth than needed. Leaving our fellow beings devoid of food, resources and other necessities that we take for granted. There is human trafficking, rapes and kids are being tortured in factories to bring home food. We must question everything and ask ourselves what little we have to offer?

The road isn’t a bed of roses but one must try his/her best to do something. For little kids who sleep in slums, for children who need emotional support, for elderly people who long for company. For illiterate people who stand in queues with dreary eyes, waiting for someone to fill their forms, lest they will be scolded by the manager.

If you don’t have money, offer emotional support. We are born on this Earth to usher love and not just to toil and die, leaving behind loved ones with tears. A simple Hello! a warm hug can melt someone’s heart that has been frozen for years.

Don’t think of women as objects and respect your mother’s opinion as much as you pay heed to your father’s. We must not hoard money but strife to earn a living so we can help those who we sympathise with. Nobody wants your sympathy if you have a soul, you must find a way to help, even if it means a little.

If you liked Existential Crisis: The World is Full of Questions Unanswered…. then you might enjoy: