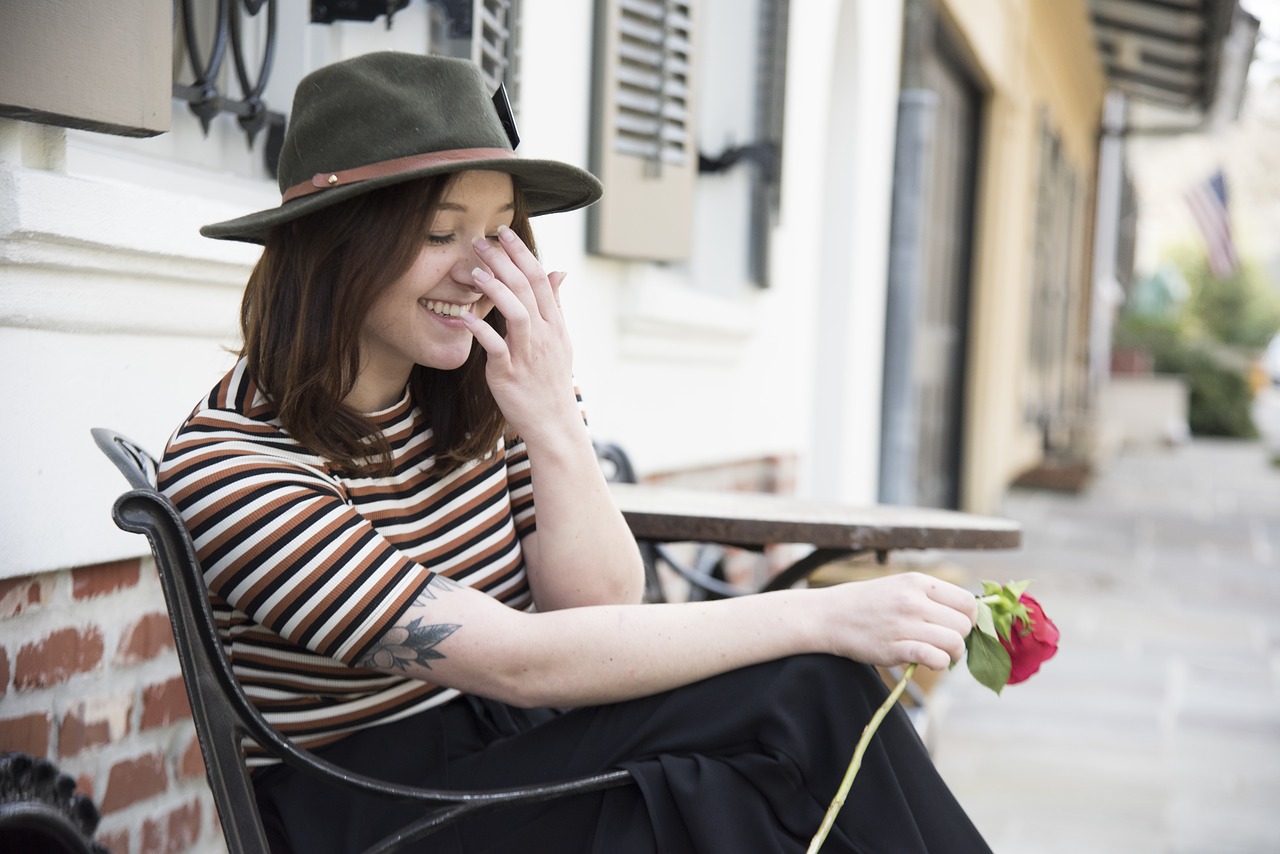 Shy girls are hard to figure out since they are a master at concealing their emotions. They are great at observing people but do not reciprocate to feelings, well. While many like to believe that shy people live in self-doubts or struggle with low-esteem. Well, that’s not always the case. They have a certain type of personality and in the ravine of their mind, it’s normal. And normalcy has no definition.

They feel perfectly fine living within their lines because that’s how things work in their head space. If you are a shy girl, you might have been in a few situations, which at first seemed awkward but later it made you burst into laughter. To revive those memories, let’s check out 10 funny moments from the life of a shy girl.

1. You get all the dirty jokes but you prefer to stay quiet:

This is hands down one of the most ROFL moment in a shy girl’s life. When a group of friends or your partner talks something dirty and you get it. But you prefer to keep your lips stitched because you don’t want the conversation to hit back on you.

After reading this, former shy girls who have now matured might be reminiscing about their teenage years. When they did this every time and hysterically laughed in their minds.

2. Your crush probably thinks you ignore him but he has no idea:

Shy girls know they are bad at expressing their feelings. They are sceptic whether people are going to reciprocate to their feelings well or not. Talking to your crush can be a hell of an experience because you stay away from their radius. This is one such ghastly realisation that kicks in every time.

You might have an itsy-bitsy crush on someone and they might like you as well. But you don’t know how to respond to their feelings, which makes them think– you are either ignoring them or are simply disinterested.

Your crush might think of you as mysterious, arrogant, troubled or puzzled because you don’t give any clues. While the fact is you live, breathe and swim in emotions. Think of them and dream about them often.

Perhaps, you are great at sliding feelings under the bed cover, where nobody can catch hold of it. They rest in peace there. And you keep on assuring yourself that– the right one will look beyond this and will break the walls. Until then keep dreaming, girl!

3. You have a natural affinity for the misfits:

You are kinda different because you like people who stand out from the crowd. You are accepting to others and have a penchant towards people with vibrant personalities.

And when the universe plans your meeting with the misfits, you know they are going to stay with you forever. Because deep down, you know how it feels. Whenever they feel low on energy, you boost their spirit. You water me, I water you and we both grow. That’s how friendship works for us.

4. Guys might think of you as easy but you observe them as subjects:

People who don’t know you from past, think they can fool you. But they have no idea that you are highly observant and you notice them keenly.

Players beware! shy girls are not easy prey. They sit back quietly and dissect your personality. They are always on the run, preoccupied with thoughts.

5. You are shy around new people but very talkative with people you gel along:

You match energies. Some people get to see the fun carefree side of yours, while others don’t. Perhaps, some might never see it because they give off bad vibes and you stay away from them.

Those who get to see your bright side wish you were quiet and you love them because they let you be, who you truly are. It is like setting a caged bird free.

6. Looking into someone’s eyes means serious intimacy for you:

Shy girls are poor in showing affection openly. They might like you or might be in awe of you but fail to express it. They will never make the first move or will tell you how much they admire you.

If she likes you, she will make sure, you two don’t make eye contact with each other. Because it’ll strum the chords of her heart and her face may blush, making her shift her gaze down to the earth. And that’s an awkwardly cute feeling.

7. You look beyond the flesh and bone cover:

People judge others by looks and how they appear to be at the first meeting. But you await any judgement until they reveal their true colours. As time passes by, you know what they want from you.

It is the best time to retaliate, which means returning to your shell, where you feel like yourself. You know first impressions are unreliable and aren’t accurate, so you don’t rely on them.

8. You are a great secret keeper and listener:

You are the best one to keep a secret because you have absolutely no interest in the affairs of people. Neither you have that many friends to confide.

You can be trusted upon and many come to you for sharing their problems. Because they know, you’ll listen to them and won’t shrug your shoulders like others.

9. When you know they are lying and you pity them:

Many think it is easy to befool you because they might consider you as somebody, who lacks the courage to speak for themselves. Or someone who has no interest in the worldly matters. You may never tell them that, you know they have lied to you. Since you hate drama and the person might think that he/she has successfully made a fool out of you. But sorry!

The girl might be noticing your every move, so she can make up her mind not to fall in your trap. She will watch you until she sees you getting so dirty, that you lose respect in her eyes. It’ll be the best time for her to move on with her life because she knows, she deserves better.

10. People feel bad for you and the feeling is mutual:

You are not alone in this run because there are plenty of women, who are walking in the same shoes as you. Just like you, they too have been told many times to work on themselves and be more outgoing and expressive.

What they fail to understand is that things don’t work like this. It is an inbuilt personality. What they think of as comfort zone could be an illusion.

People might dislike you or even talk behind your back. But that shouldn’t stop you from doing things you love because their opinions will never matter, once you start taking small steps. They feel bad for you and you feel bad for their tiny brains, for they are only capable of judging others.

Share
Facebook
Twitter
Pinterest
WhatsApp
Previous articleLoving a Lone Wolf: How to keep a Relationship on with a Loner
Next article50 Best Quotes by Great Thinkers and Philosophers to Enlighten your Mind
Pragati Chauhanhttp://melodyofwords.com
I am a soulful woman who loves to conjure up my thoughts and write. I thoroughly enjoy creating art and expressing myself through words. I believe words have a certain kind of melody that can be understood by everybody.
RELATED ARTICLES
Child Psychology and Parenting

15 Important Lessons we can Learn from Children

15 Major Signs Someone is Secretly Jealous of You