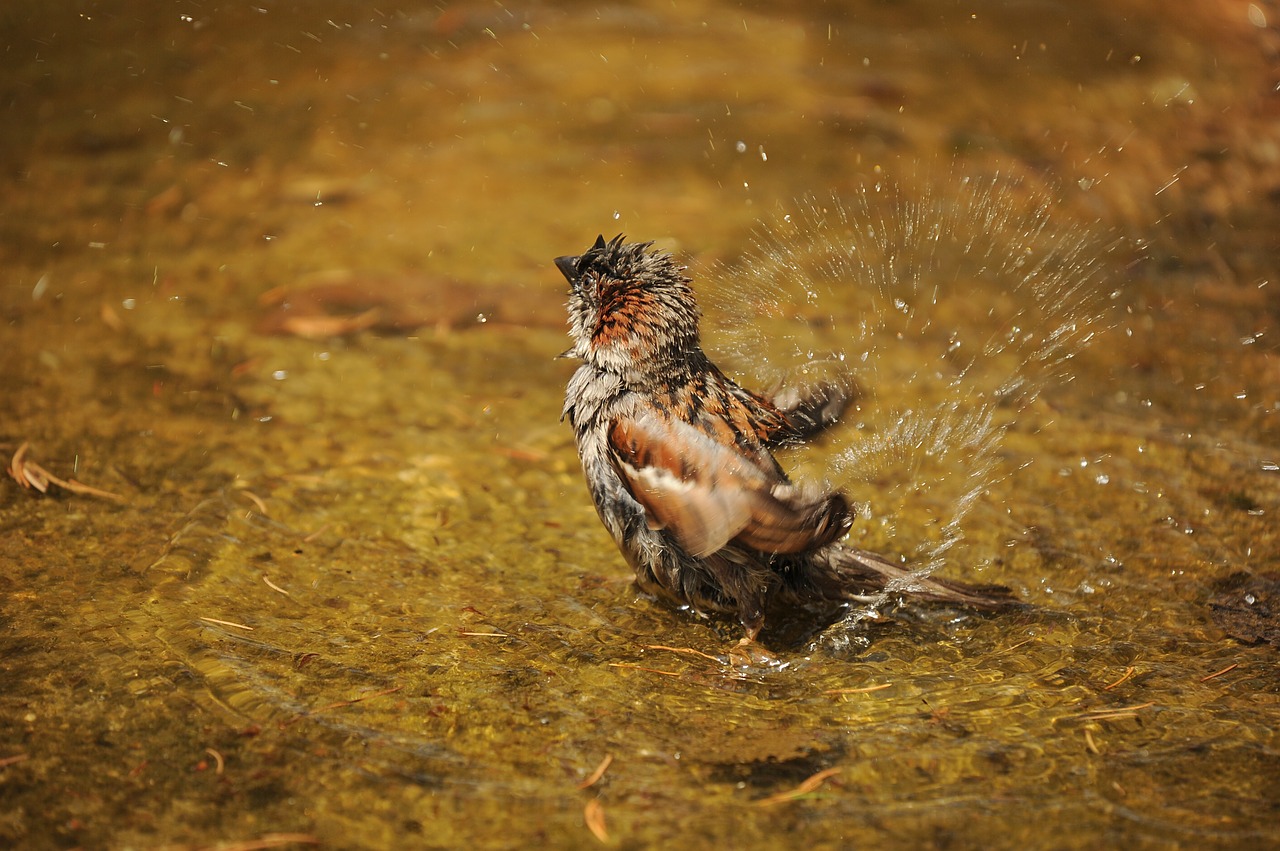 Our beloved house sparrows or Passer domesticus, as the name suggests, have been in close contact with us from time anon. Bird enthusiasts and conservationists believe that sparrows have lived with us in harmony for more than 10,000 years. Sadly, their population has drastically declined over the last two decades, which is evident in the cities across the nation.

Why do we see fewer Sparrows in the vicinity:

The scarce population of sparrows has been attributed to factors such as new and modern infrastructure of homes. The modern homes do not have holes or crevices unlike traditional houses, where sparrows used to build their nest.

The contemporary designed houses, with more concrete constructions, do not give any room for the sparrow to nest. Apart from this, fewer green spaces, pollution caused by microwave towers and use of pesticides, ward off sparrows from entering into human habitats.

The Take of Scientists on this Matter:

Scientists have correlated the decline in bird population to radiation from mobile towers. Citing that, the reproductive capacity of birds is adversely affected by electromagnetic radiation.

To increase the bird population, they suggest cities should have, wooded mobile-tower free areas for birds. Besides these factors, birds are also threatened by global warming and noise pollution.

Also read: Sparrows of the Dawn- Studying the behaviour of Birds

The World will be a Happy place with Life teeming everywhere:

Thankfully, we keep seeing sparrows on regular days. As a little patch of nature blooms, at the front and backside of my house. These opportunistic eaters are lured by the millets and water, that I keep for them every day.

Since our room is well ventilated, having one bay window and two smaller ones, near the bedside. It remains breezy. Sometimes, little fledglings flutter around the ceiling and engage in play. I have noticed sparrows circling around the fan, to weave their nest there.

They have a special liking for that place. Last winter, a sparrow couple jumped and thumped on the blades of the fan, making it spun a little. After which, they flew away as if, their mission was finally made possible.

Recently a male Sparrow is visiting our Kitchen quite often:

A few days back, we noticed that a bird has littered on the kitchen floor. Initially, we thought that a sparrow might have accidentally stepped into the kitchen, thinking of it as a haven.

The next evening, the same thing happened again. This time we looked around and saw a tiny sparrow, perched on an electric wire. It was chipped and duct-taped because we didn’t want a fan in our kitchen.

Since I live in Dehradun, a valley tucked in the foothills of the Himalayas. The weather remains salubrious throughout the year. Summers are quite pleasant and the temperature only raises during May and June, which is balanced by the surprise showers.

Therefore, one doesn’t need a ceiling fan. If the kitchen has airy windows, allowing the heat and gas to pass. However, installing a chimney and exhaust fan ensures that, your kitchen place remains well aerated.

Initially, we thought he has taken refuge for a day. But he kept visiting every evening to snuggle inside the crevice. House sparrows sleep with their bill stuffed underneath the scapular feathers.

When they are not reproducing, they often roost communally in trees or shrubs. Communal chirping is mostly observed before and after the birds settle in the roost.

This happens during the evening time before they retire for the night. And during the morning time when birds leave the roost, to forage for food. Some congregating sites away from the roost may be visited by birds, before settling in for the night.

The struggle of Sparrows in Monsoon season:

Yesterday, Doon witnessed a heavy downpour and the bird was nowhere to be found. I thought, where he would be. Since it was getting dark and the sky was rumbling.

Soon after, Mr. Sparrow made a starry appearance. He combed his magnificent feathers and snuck his head inside the hole. Next day, something different happened. Our chirpy boy brought his mate along, to show her, his paradise. The lady sparrow was a bit clever.

She quickly went inside the crevice and Mr. Sparrow was left behind. So he clutched the wire with his foot and sat there for quite some time, trying to fit inside. One could easily see their struggle.

Male sparrow sacrifices his Roosting place for his Lady love:

Half inside and half outside, they went off to sleep that night. It’s day four now and like other days, the pitter-patter raindrops started falling in the noontime. So, I took a precaution and closed all the windows.

When I went inside the kitchen, the window from where the bird enters was already closed. As soon as I opened it, I heard slow warbling. Within five minutes two birds appeared.

Our temporary Tenants pay their rent by Chirping for us:

This time, the lady sparrow hurried to own the spot. Our little buddy saw her and sat on the railing of the kitchen window. He must have thought, damn you, feathery damsel! I was watching them from another room, not wanting to scare him away from my presence.

Soon Mr. Sparrow flew away. He hasn’t returned today. I recognise him well. He has a grey spot on his back. Our feathery tenants aren’t sleeping together today. Don’t know how long they’ll stay here, as it’s their temporary place.