“The Sudoku man sleeps next door,
Left unbothered by the rain tumbling on the corrugated roof.
He works like an alchemist,
But only when his body is fuelled with hard liquor.
He is peculiar about his things,
Nobody dares to touch the photo frames,
that are aligned at a 180-degree angle.

He is a little impulsive but speaks little to nothing.
The Sudoku man doesn’t wear makeup,
But still needs someone to make up for him.
He hates sudden showers which bothers him all the time.
Therefore he keeps the windows shut like his truculent heart.
And lives in constant fear that it’ll wear off the fresh varnish,
done on the window frames.

The Sudoku man sleeps early at 7,
and wakes up before dawn.
Irons his shirt and sets the perfect crease on his cotton pants,
Comes at 6 from work,
and waits for his grown-up children,
to be back home,
before the sky blankets itself with a concoction of mist and fog.

He is a man, an earnest man, a Sudoku man.
And sometimes, he can be more caring than a woman,
He is a father, a husband, a son, a friend and a neighbour,
But it doesn’t mean he is alike to all.

He barely expresses anything or nothing at all,
So nobody can occupy a room in his heart.
And come to know about his meek behaviour,
And his heart which is as soft as melted butter.

You cannot crawl inside his conscience,
Neither can you embed your name in his flared skin.
The dam of tears never swell from his eyes,
Because he knows nothing ever happens–
when you cry out loud in front of porcelain dolls.

The Sudoku man sometimes feels alone.
But doesn’t let it out,
Because he knows he is the lone crusader of his ship.
So he darkens his room and stretches his legs on the king-size bed,
Grabs the newspaper to solve Sudoku within 15 minutes.
Then turn its leaf to read politics,
Pours whiskey for him,
And cascades it down his throat,
Until it gives him a burning sensation at 12 noon.

He then searches the drawer for a cigarette and a matchbox,
and walks hurriedly out of the room.
Lazes under the porch and admires the lawn,
Moves his hand around his chest and his crown,
And traces a few silver locks,
that are about to flee like pollens in the autumn wind.

The Sudoku man is a thinking tank.
He sometimes thinks he is growing old,
But remembers life inside him wanted to escape,
even before old-age knocked on his door.
So he now challenges death by guzzling neat pegs.

Another poem for you: The Meadow Flowers were Teeming with Joy

The Sudoku man is capable of feeling every bit of emotion.
But it’s all messed up in his head,
And sometimes it gets darker, and cloudier in the hemispheres.
So he wakes up 10 times before falling into slumber.
And checks the gate a couple of times.
Even when its portals were shut from the evening.
And impatiently wakes up at night,
Picks up the duster to clean his room,
and his favourite Sal wood window frames.

With the gate shut, emotions snubbed, friends and family cut.
He feels lonely at times.
He is a man, a Sudoku man,
and nobody sees it happening around.
His emotions are invisible to kohl smeared eyes,
Sudoku man never expresses what eats him inside.
He fears what others will think; if he confides.
Since he has promises to keep, responsibilities to meet. 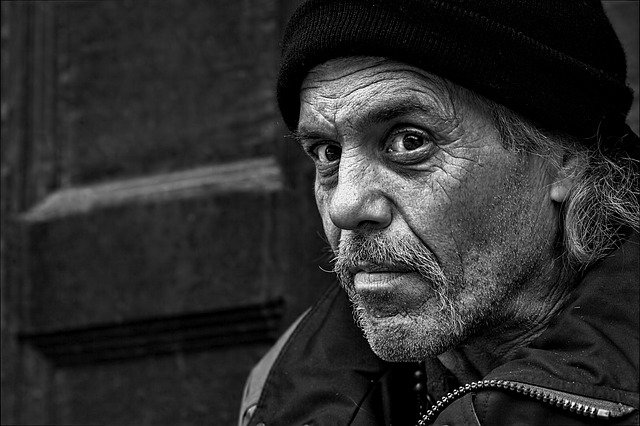 He is now as old as an Oak tree,
And his hairs are falling like dead maple leaves.
Yet he wears them with pride, combing it from side to side.
He is a man, Sudoku man, who still find time on Sundays,
to go back to his early days of worriless life.

So he turns his back, stretches his legs and faces towards the front window.
Like a scientist, he uses his years of experience, to make a rocket peg,
Carefully transfers whiskey in the bottle, until it dilutes in water,
Then launches the missile from the table to his mouth,
landing directly to his throat,
He then hurriedly moves out of the room, to check if someone’s at the door.

The Sudoku man snores loudly,
and sometimes bangs his hand on the bed.
Which is a result of drinking hard liquor for the entire length of his years
He also mumbles in his sleep,
and often revisits some precious childhood memories with his lost brother,
Whose cherry red shoes he has safely kept in a tin container hidden in a safe corner,
Along with the old books and notebooks of his children,

At night, the Sudoku man waves at his brother who puffs marijuana while sitting on a cushiony cloud,
In the morning he keeps his nose in the newspaper,
and solves Sudoku and finds a reason to be happy,
and occupied at the same time.
Every time, I see him, the Sudoku man keeps solving the puzzles yet gets coiled in his own web.”

Another poem for you: Under the Molten Moonlight

I do not promote drinking, neither do I ingest alcohol or any other substance in my body, and I despise it at all costs.

Since it is injurious to health, the body and mind. This is a work of fiction, which is a caricature of a living subject, and his distorted yet simply psychology.

Do not get influenced to drink or smoke, just because some work of fiction speaks of a man/woman drinking or smoking.

Most of the movies, characters, and work of fiction we see, read or hear are more so inspired by a real person. Therefore people like to depict it like their original self.