The Story of ‘अस्तित्व’ Astitva ‘Existence’: The Truth about Art & Artists 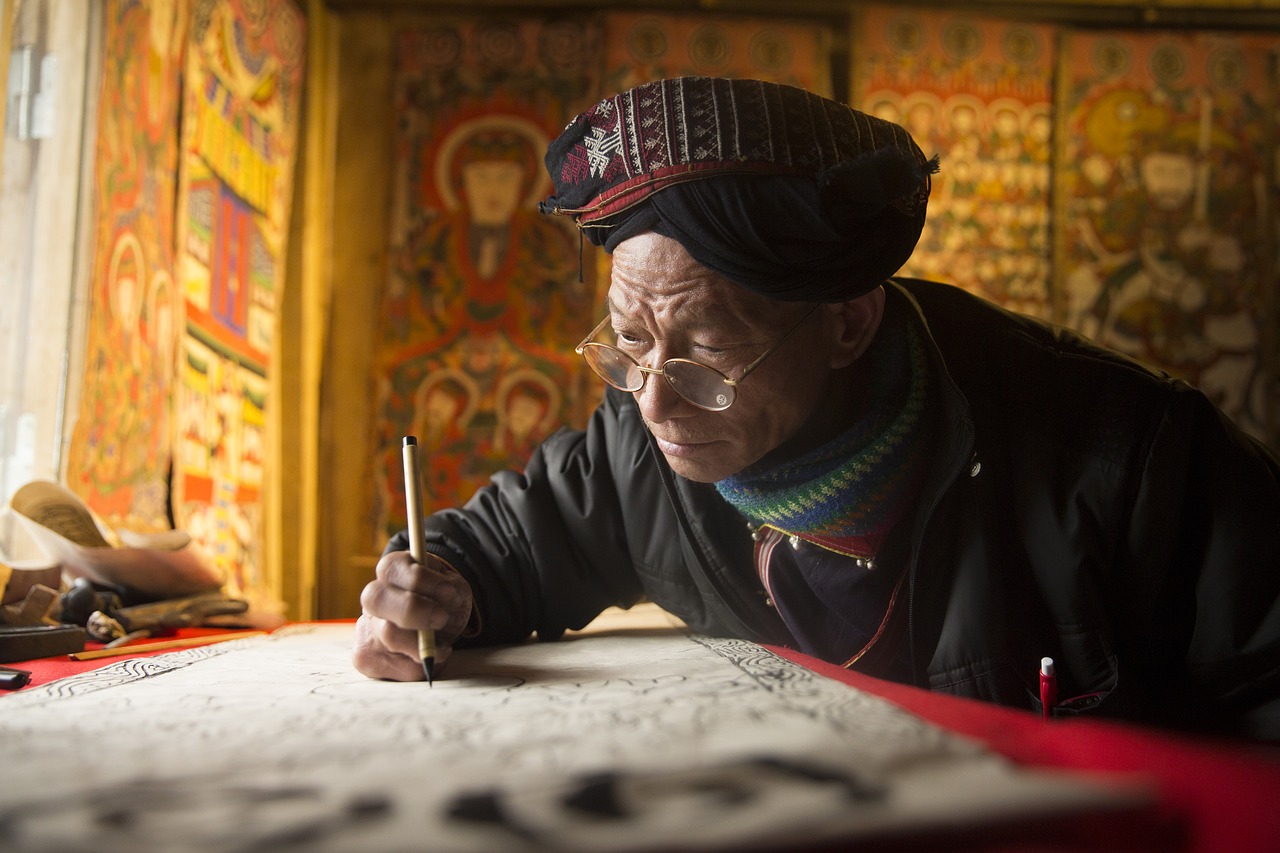 At age 80, my uncle was completing one of his most awaited paintings, which was about to showcase in the country’s biggest exhibition. My uncle is a native to the mystic hills of Uttarakhand and loves listening to Pahadi folk music.

Some of his favourites are Laman– a genre of music which elucidates the feelings of a man, recollecting the sweet memories of his beloved and, Mangal– auspicious songs sung during wedding rituals. Wherein the priest chants shlokas and women sing songs for marital bliss.

Amongst all the genres of Himalayan music, Dajyu’s favourite has been Jagar– a lyrical ballad sung on the indigenous spirits of the hills. Hailing gods, goddesses, fairies and celebrating victory over ghosts (symbolising evil).

As a little girl, I thought my Dajyu has always been this old, because I always saw him with wrinkles, that knitted different patterns on his pale face. Despite that, one could easily notice his striking, asymmetrical features on his oblong face.

The last time, when I saw him in November 2015, I noticed his monolid eyes drooped a little, and the creases on his forehead had deepened. But he still looked pretty handsome, since his posture has always been good.  Also, Dajyu knows how to rock long Indo-weave kurta with boots, teeming it with golden embroidered Pahadi topi (cap), which is his fashion staple. 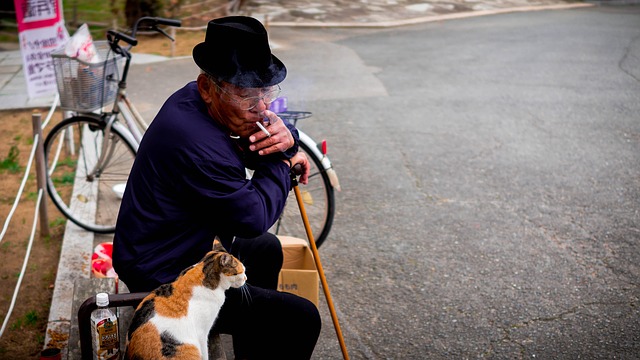 Since my uncle enjoys being on his own, he never married anybody. However, to break the dullness and peace of not having humans around. He adopted a cat named “Manav” ‘मानव,’ meaning human. Dajyu enjoys brisk walking on the slithery roads of Tapovan. Which in Monsoon remains blanketed by glossy leaves, containing moisture from fresh showers.

It was during one such excursion to the wooded haven of Tapovan, where my uncle found Manav. It was raining heavily that day. And the scary-looking cat was being rebuked by the hailstones, that were falling on its bald head. The tiny cat appeared hungry, feeble and unfed.

My uncle thought it could have been separated from its mother, as teenage bikers drive carelessly on those roads, causing several mishaps. He mourned the little kitten’s loss and gently picked him up. Though small, abandoned and fearful, Manav didn’t resist my uncle’s touch. He surrendered to him without fearing from oblivion.

Our courageous little boy was finally in safe hands now. Since then, Dajyu and Manav are inseparable. The cat is fully grown up now and his coat shines like that of a panther. Whenever my uncle picks the paintbrush, Manav bites his back, spilling colours on the blank canvas. One fine day, when my uncle was giving the final touch to his painting named “Astitva” ‘अस्तित्व’ (existence).

He was feeling restless than ever, as only two days were remaining for it to put on display. It was one of his finest paintings. Other famous veteran artists, who were his well-wishers and great critics, saw it too and patted his back. It was an honour for Dajyu. Since he considered them, equivalent to his Gurus, who mentored and guided him, in his initial days of struggle. 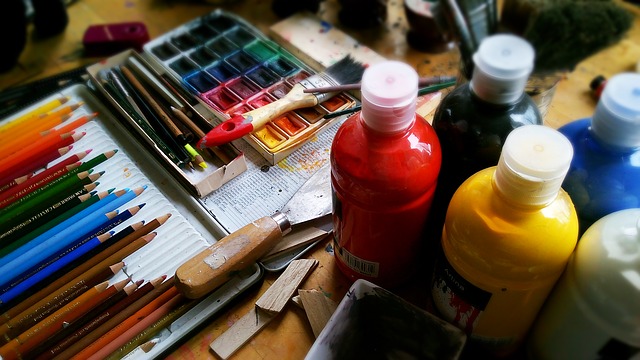 Artists are never known as artists, they are are more often know as weirdos and wannabes. To be known and celebrated as an artist, one requires patience. Along with a few blows from the society, and a hint of kindness for oneself and the main ingredient that is– talent.

Despite having all this, not every talented artist gets recognition. Some do not have the resources or money to display their art for people to see. While others simply worship it and refuse to make it stand naked in front of aliens, who might see their reflection in it and criticise it. Whilst ignoring what it truly depicts.

Entertaining such thoughts, the old Himalayan man tucked himself into bed and observed the wind, knocking ferociously on the glass window. He couldn’t sleep well that night and felt like getting up from his bed to gently stroke his muse, who was waiting for his creator.

It wasn’t stress but the urge to see his painting in its final, glorious avatar, which could elevate his serotonin level. So he decided to lay his hands on his muse. And dipped the paintbrush in the palette, which bore the colours of spring. Since my uncle abstains from alcohol and smoking cigarettes, he has great motor skills at this age.

That night, he immersed himself in observing his creation. After hours of meditating and talking with Astitva, which was about to take birth into the visual world. The lifeless painting was now breathing and tranquilly cradling on the easel. Soon the artist was released from the grip of collywobbles, that he felt all night. He then took turpentine from a bottle and, wiped the paintbrushes with the help of cotton.

The old mountain man looked at his painting and remembered what his father once said, ‘What do you want to become when you grow up?’ The child replied, ‘I want to paint.’ The enraged father lashed out, ‘You want to become a painter? The one who paints the wall of our rooms.’ The dagger of harsh words riddled the little one’s chest. That day the artist inside him died a little. 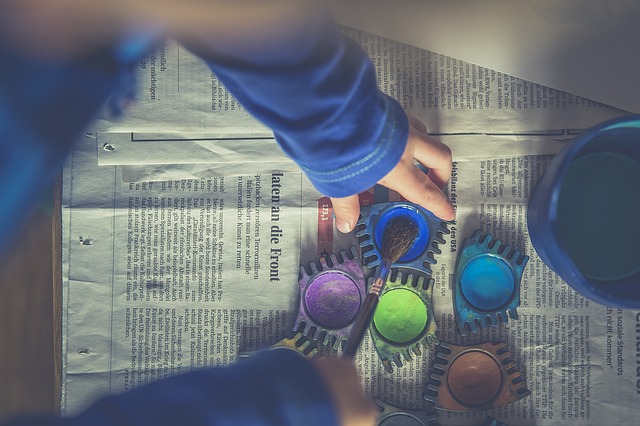 Now when he is as old as the cedar tree, that sprawls its boughs in his unkempt garden. He recalls every slack he received from his parents and mumbled, ‘Now I have an answer to the question.’ The old man dusted his vintage, rainbow-coloured diary gifted to him by his sister. He then took out a fountain pain and poured his feelings into words, which read:

What makes an artist survive on limited resources without crying for help?
Because when one creates art, he feels, he is the richest person alive.
You can carry on the days of suicide by not killing and cutting yourself,
But healing those wounds with your art.
You can paint it, write it down or picture it in a frame.
It is wonderful to see that pain gasping for air and choking to death.
It is like seeking vengeance from the pain.
It feels freeing.

You can only experience it and live it.
And when you’ll grow old, everything may wash off from your mind.
But the love for art,
The need to perfect your craft,
and decorate it with flavours of your life will persuade you to work,
Even when your hands tremble,
and your motor skills aren’t as good as before.

Although the future hasn’t arrived yet,
But when it does,
I shall look back to this and wonder that was I in “2015”.
And I wish the artist in me stays longer than, I imagine in my head.
Maybe write a few personal stories for my nephew and nieces,
which won’t be published, because few things need to stay hidden.
So only your tribe knows, what a beautiful chaos you have been.
That’s the truth about artists,
They embroider their work with untold stories.

After a fortnight of struggle with insomnia, he slept peacefully that night, knowing that he finally got an answer to everybody’s question about life, its purpose, and existence. A new dawn was waiting for the old man. The bluebirds were soaring in the sky and the sun was brimming like a hot cup of coffee. His manager called him at sharp 7, as everybody was waiting for Astitva to be displayed in the exhibition. 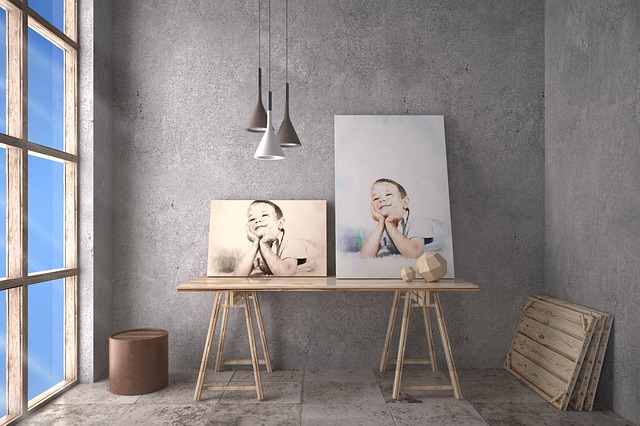 The phone rang and rang but the man remained coiled in the satin sheets, refusing to wake up. The TV was still on and the ‘Morning News Hour’ show was running on it. A handsome news anchor named ‘Samay’ was reading the weather forecast, telling the locals to stay indoors, as the weather could be rough today. Since a cloud burst happened in Uttarkashi last night, where many lost their lives.

Suddenly the lights started fluctuating and the TV went off by itself. Heavy showers started hitting the window pane, threatening to wash everything, that comes in its way. Astitva was cradled on the easel and the window was open.

Soon, the raindrops started pelting on the canvas and smeared all its colours. The Astitva of the old man was washed away by the rain. Its beauty was savoured by nature, which finally took it away. Now the dead body of the old man sleeps soundly, like an unborn child.

Share
Facebook
Twitter
Pinterest
WhatsApp
Previous articleMoments in Draft Box- Quotes on Memories
Next articleAn Ode to a Beloved Pet: My Scared Bunny now Gently Sleeps
Pragati Chauhanhttp://melodyofwords.com
I am a soulful woman who loves to conjure up my thoughts and write. I thoroughly enjoy creating art and expressing myself through words. I believe words have a certain kind of melody that can be understood by everybody.
RELATED ARTICLES
Stories

Him, I & the Man with the Saddest Eyes- Mystery Man Story