When the universe makes the meeting of two lone wolves possible. It creates magnificent chemistry. They don’t necessarily do all the romantic stuff, that has been fed to us by the cinema.

But they certainly do all the good things together. This creates a healthy relationship like getting to know each other on a deeper level.

Birthdays and anniversaries may go like seasons, but the love in their hearts continues to grow forever. Because they know, they can be completely themselves without being formal.

So if you are a lone wolf or are simply curious about one. Then do check out– What happens when two Lone Wolves fall in Love.

Protectors of each other’s Solitude:

Loners treasure solitude because answers to some questions are best found when one is at peace. That is why lone wolves protect each other from getting wasted in the crowd.

Since they understand that such chaotic energy will only hinder their healing process and their progress.

“The more powerful and original a mind, the more it will incline towards the religion of solitude”.― Aldous Huxley

When two loners enter into a relationship, unnecessary explanations become redundant. Since you two have a similar lifestyle, you know your partner’s likes and dislikes.

The perk of which is, you can be completely free from any formality like— meeting each other’s friends, remembering their birthdays and anniversaries.

What’s best is rather than complaining, your partner is cool with it. The plus point is there are no cold nights, where you sleep feeling like– you are a monster in someone’s life.

Merely because you are failing to keep up with your partner. As you have to explain every bit of your silence, to make him feel assured of the union.

They have their Secret code for Escaping the Crowd:

Loners value the time and energy they invest in a person or relationship. Which means, they often stay away from gossiping and exchanging information, that’s absurd in nature and lacks authenticity.

Since loner couples are on the same page. They know how to save their partner from drowning in mindless conversation.

Hence, they come up with their secret codes to cut themselves out, from the thread of conversation. Well, let’s not disclose the secret codes here. ☮️

Lone wolves are aware of their self-worth. And they acknowledge it by treating their dear one with love, integrity, and care.

When two lone wolves fall in love, it is nothing but a miracle.

Given the fact that there are only a few, who can match your energy. It’s like dancing with the wind, which sometimes smothers you. While other times rises in the form of a hurricane.

Therefore having a twin flame, makes you leave behind the troubles of tomorrow, and focus on today. Hence, they grow and blossom together.

They know how to Help their Partner when one Runs out of Fuel:

Getting caught up in social obligations can be a little frustrating sometimes. You know there’s no escape, especially in workplace culture. Where you have to work with different kinds of people, having contrasting personalities.

Sometimes, sitting in your cubicle, minding your own business, and putting all your energy in your task isn’t enough.

Because some people will find a way to force themselves into your chamber of solitude, wanting to dig deep inside. The rest of the peace is snatched away by the office parties that your boss throws around.

How loner couples help each other to be happy and sane:

Although such parties are meant for team building. But they are seldom wasted on beer, booze and debating.

So when you are frustrated of being dragged into office politics, parties or college fests. Your solitude loving partner saves you from being eaten up by the crowd.

He/she keeps reminding you– no matter how difficult it gets. You two will never lose, because you know how to stand alone even in difficult times.

Also read- Loving a Lone Wolf: How to keep a Relationship on with a Loner

Since you two lie on the same spectrum, you don’t have to apologise to your partner for not being a public person. You both understand, there’s no guilt associated with being on your own sometimes.

The foundation of a strong relationship is based on understanding, and negotiations only rupture it. Therefore, one should work on making each other’s lives better, and not on pointing fingers at each other.

They don’t beg for Attention:

Neither of them begs and fight for attention. Loner couples know, heartfelt connections don’t require pomp and show.

Since lone wolves are inclined towards peace and growth. They like to invest their time in self-contemplation. Therefore, they happily give space to each other without being selfish.

Being possessive of someone, who is already yours only causes anxiety. To maintain a healthy relationship, one needs to feel liberated and not suffocated.

An anonymous lone wolf once said:

“The more you beg for attention, the more non-existent you’ll be in my eyes.”

They are Wild for each Other:

Being emotionally intelligent creatures, loners know it takes time to make heartfelt connections. Nobody can force it, either you vibe or you don’t.

There’s no need to stretch a conversation or your own relationship like an elastic band.

Know why lone wolves take time to commit into a relationship:

Lone wolves like to put efforts where they feel, they are being understood, and are not being seen as a project to work on.

Because some find them attractive as their personality differs from others, they like being alone, and don’t feel needy of anybody’s company.

Hence, some people get attracted towards them as they fantasize the thought of being loved by someone, who doesn’t wishes to be with someone for the sake of being loved.

But lone wolves too have their pack, which doesn’t stick to them but stays aloof and shares the energy from afar. So when a lone wold when they find someone from their tribe, sparks fly.

Hence, they decide to bring that human into their life. Someone, who doesn’t bring disorder in their life but touches the chord of their mind, heart and soul. Their intimacy is multidimensional. It’s emotional, spiritual, mindful, physical and much more than that.

So when two loners unite, they start conversing less in words and more in thoughts, emotions and energy.

Also read: Why loving someone isn’t a child’s play & What you should know before Committing 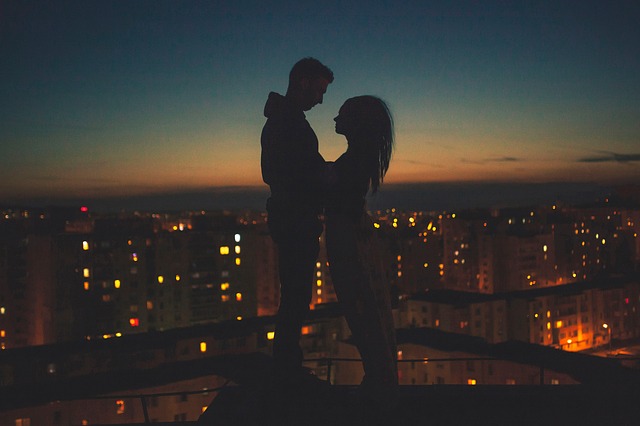 They express love without putting it on display:

In today’s brag and boast kind of social life. Many of us feel the need to put everything on display on different social media apps. Including our shiny possessions, career milestones even our emotions. And the worse, sharing info of others without their permission.

Surprisingly, many couples do that. They post pictures, stories and personal info of their partner, without seeking their consent. Many of us knowingly or unknowingly rob our loved one’s privacy by sharing their details.

But this isn’t an issue when two loners date each other as they both dislike publicising their lives. Therefore, they keep their love intact in their heart by not violating each other’s privacy. They like keeping their private life to themselves by feeling the warmth of a loving relationship.

Loners don’t need much if they have someone to love. They treasure meaningful companionship and care for each other like little wolf pups. Loners can be passionate for each other and honest at the same time. And when they find one. It’s like a silver lining shining in a sky full of dark clouds.

But their challenge can be well explained in the words of British writer Warsan Shire, who wrote: My alone feels so good, I’ll only have you if you’re sweeter than my solitude.