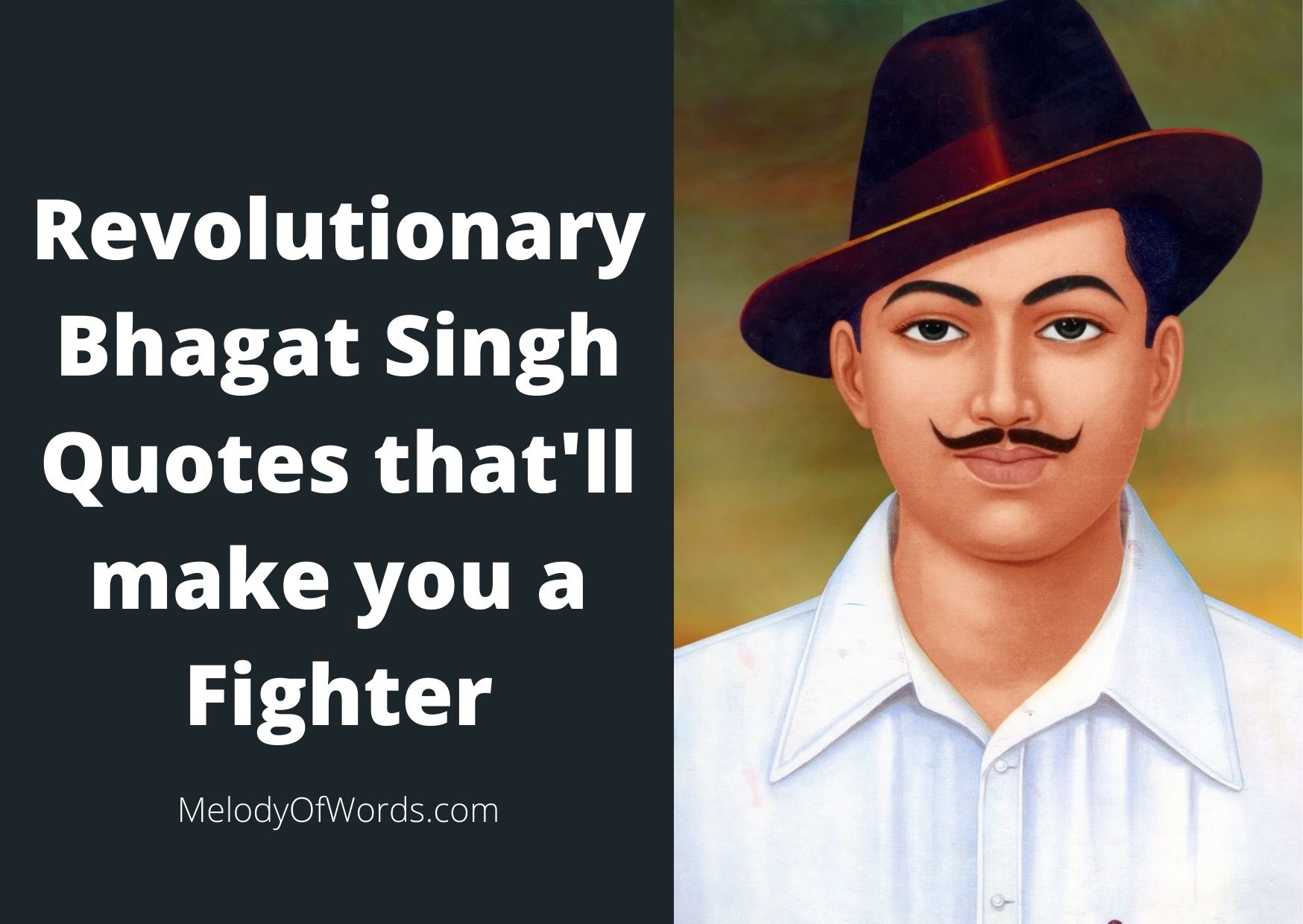 In 1928 Sardar Bhagat Singh and his comrades plotted a plan to kill the police chief responsible for the death of Indian writer and politician Lala Lajpat Rai. But in a case of mistaken identity, junior officer J.P. Saunders was killed in place of the police chief, and Bhagat Singh had to flee to Lahore to escape the death penalty.

On 8 April, 1929, revolutionaries Bhagat Singh and Batukeshwar Dutt threw bombs at the Central Legislative Assembly at Delhi to protest the implementation of the Defence of India Act and later surrendered. He was hanged at the age of 23 for the murder of junior officer J.P. Saunders.

The British were so afraid of hanging them that three days before the scheduled day (23 March 1931. They hanged all the revolutionaries in the middle of the night without telling anyone. Then the bodies of the three brave revolutionaries Bhagat Singh, Rajguru and Sukhdev were cut into pieces, were put inti the sack and was later washed away in the Sutlej river.

To commemorate the sacrifice of our brave soldiers, the entire nation celebrates Martyrdom Day (Shaheed Diwas) of India on 23 March to give respect to Bhagat Singh and other the revolutionary freedom fighters of India.

In this list we have selected the best Shaheed Bhagat Singh quotes to remember him and other freedom fighters.

1. “Revolution did not necessarily involve sanguinary strife. It was not a cult of bomb and pistol. They may sometimes be mere means for its achievement.” – Shaheed Bhagat Singh Quotes

2. “The aim of life is no more to control the mind, but to develop it harmoniously; not to achieve salvation here after, but to make the best use of it here below; and not to realize truth, beauty and good only in contemplation, but also in the actual experience of daily life; social progress depends not upon the ennoblement of the few but on the enrichment of democracy; universal brotherhood can be achieved only when there is an equality of opportunity – of opportunity in the social, political and individual life.”

3. “A rebellion is not a revolution. It may ultimately lead to that end.”

4. “Lovers, Lunatics and poets are made of same stuff.”

5. “I had only one idea before me throughout the trial, i.e. to show complete indifference towards the trial in spite of serious nature of the charges against us.”

6. “I never had any desire to defend myself, and never did I seriously think about it.”

7. “Study so that you are able to meet arguments of your opponents. Equip your ideology with supporting arguments. If you oppose a prevailing belief, if you criticize a great person who is considered to be an incarnation, you will find that your criticism will be answered by calling you vain and egoist. The reason for this is mental ignorance. Logic and free thinking are the twin qualities that a revolutionary must inevitably possess.”

8. “To say that Mahatmas, who are great, should not be criticized because they are above criticism and for this reason, whatever they say about politics, religion, economics and ethics is correct and that whatever they say will have to be accepted, whether you believe it or not, reveals a mentality which cannot lead us to progress and is clearly regressive.” – Shaheed Bhagat Singh Quotes

9. “Life is to be lived on your own… Others help is needed in funerals.”

10. “I have always been of opinion that all the political workers should be indifferent and should never bother about the legal fight in the law courts and should boldly bear the heaviest possible sentences inflicted upon them. They may defend themselves but always from purely political considerations and never from a personal point of view.”

11. “What more consolation can there be! A God-believing Hindu may expect to be reborn a king; a Muslim or a Christian might dream of the luxuries he hopes to enjoy in paradise as a reward for his sufferings and sacrifices. What hope should I entertain?” – Bhagat Singh Quotes

12. “I know that will be the end when the rope is tightened round my neck and the rafters move from under my feet. To use more precise religious terminology, that will be the moment of utter annihilation. My soul will come to nothing. If I take the courage to take the matter in the light of ‘Reward’, I see that a short life of struggle with no such magnificent end shall itself be my ‘Reward.’ That is all.”

13. I am still not at all in favor of offering any defense. Even if the court had accepted that petition submitted by some of my co-accused regarding defense, etc., I would not have defended myself. – Bhagat Singh Quotes

14. “Merciless criticism and independent thinking are the two necessary traits of revolutionary thinking.”

15. “I am a man and all that affects mankind concerns me.”

17. “It is beyond the power of any man to make a revolution. Neither can it be brought about on any appointed date. It is brought about by special environments, social and economic. The function of an organized party is to utilize any such opportunity offered by these circumstances.”

18. “I will climb the gallows gladly and show to the world as to how bravely the revolutionaries can sacrifice themselves for the cause.”

19. “My applications submitted to the Tribunal regarding my interview during the hunger strike were misinterpreted, and it was published in the press that I was going to offer defense, though in reality I was never willing to offer any defense.” – Bhagat Singh Quotes

20. “Love always elevates the character of man. It never lowers him, provided love be love.”

21. “Non-violence is backed by the theory of soul-force in which suffering is courted in the hope of ultimately winning over the opponent. But what happens when such an attempt fail to achieve the object? It is here that soul-force has to be combined with physical force so as not to remain at the mercy of tyrannical and ruthless enemy.”

22. “Every tiny molecule of Ash is in motion with my heat I am such a Lunatic that I am free even in Jail.”

23. We must make it clear that revolution does not merely mean an upheaval or a sanguinary strife. Revolution necessarily implies the programme of systematic reconstruction of society on new and better adapted basis after complete destruction of the existing state of affairs (i.e., regime) – Bhagat Singh Quotes

24. “This is not the time to marry. My country is calling me. I have taken a vow to serve the country with my heart and soul.”

25. “Compromise is not such ignoble and deplorable a thing as we generally think. It is rather an indispensable factor in the political strategy. Any nation that rises against the oppressors is bound to fail in the beginning and to gain partial reforms during the medieval period of its struggle through compromises.”

26. “I deny the very existence of that Almighty Supreme Being.”

27. “Our entire family is replete with sentiments of patriotism. Uncle Swarna Singh left for his heavenly abode in jail in 1910, two or three years after my birth. Uncle Ajit Singh is leading the life of an exile in foreign countries.” – Bhagat Singh Quotes

28. “All the political movements of our country that have hitherto played any important role in our modern history had been lacking in the ideal at the achievement of which they aimed. Revolutionary movement is no exception.”

29. “I have altogether failed to comprehend as to how undue pride or vain-gloriousness could ever stand in the way of a man believing in God.” – Bhagat Singh Quotes

30. “Revolution was the vital living force indicative of eternal conflict between life and death, the old and the new, light and the darkness.”

31. “‘Study’ was the cry that reverberated in the corridors of my mind. Study to enable yourself to face the arguments advanced by opposition. Study to arm yourself with arguments in favor of your cult. I began to study.”

32. “Self-reliance is always liable to be interpreted as vanity. It is sad and miserable but there is no help.” – Bhagat Singh Quotes

33. “But man’s duty is to try and endeavor, success depends upon chance and environments.”

35. “They may kill me, but they cannot kill my ideas. They can crush my body, but they will not be able to crush my spirit.”

If you liked Revolutionary Bhagat Singh Quotes, then you might enjoy: