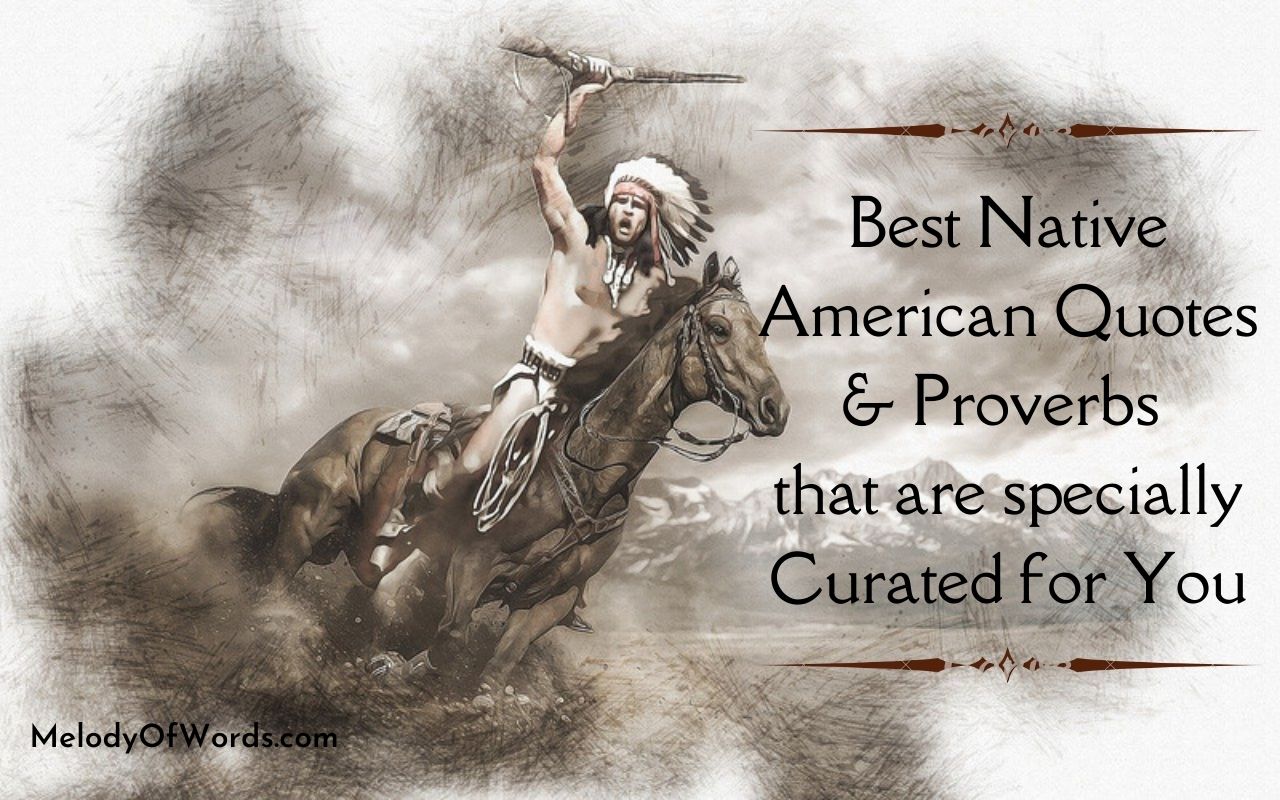 Native Americans also known as indigenous Americans have left behind a rich history full of ancient discoveries, their vernacular cultural practices and spiritual wisdom, which leaves everybody in awe even to this day.

Native Americans or American Indians are basically indigenous tribes that originally hail from the contiguous United States. They are the indigenous people of the United States, who were mistaken for Indians by Christopher Columbus as their skin color was similar to Indians.

In Native American culture nature is regarded as the foundation of which all life and spirit is built. The main tenants of their culture include creating a harmonious balance with nature, enduring suffering, respect and non-interference towards others.

Native Americans have a deep and intense worldview that are infused with spiritual meaning and their love for their land and people. They believe in collective support of family and building community to create great satisfaction that defines happiness.

Let’s learn about the wisdom of Native Americans by reading these 40 best Native American quotes and proverbs that we have specially curated for you.

1. “Humankind has not woven the web of life. We are but one thread within it. Whatever we do to the web, we do to ourselves. All things are bound together. All things connect.” – Chief Seattle, Duwamish

2. “Old age is not as honorable as death, but most people want it.” – Crow

3. “Honor the sacred. Honor the Earth, our Mother. Honor the Elders. Honor all with whom we share the Earth:-Four-leggeds, two-leggeds, winged ones, Swimmers, crawlers, plant and rock people. Walk in balance and beauty.” – Native American Elder

4. “You already possess everything necessary to become great.” – Crow

5. “If you talk to the animals they will talk with you and you will know each other. If you do not talk to them you will not know them and what you do not know, you will fear. What one fears, one destroys.” – Chief Dan George

6. “When it comes time to die, be not like those whose hearts are filled with the fear of death, so when their time comes they weep and pray for a little more time to live their lives over again in a different way. Sing your death song, and die like a hero going home.” – Chief Aupumut

7. “Friend do it this way-that is, whatever you do in life, do the very best you can with both your heart and minds. And if you do it that way, the Power of the Universe will come to your assistance, if you heart and mind are in Unity. When one sits in the Hoop Of The People, one must be responsible because All of Creation ins related. And the Hurt of one is the hurt of all. And the honor of one is the honor of all.

And whatever we do effects everything in the universe. If you do it that way-that is, if you truly join your heart and mind as One-whatever you ask for, that the Way it’s Going to be.” – Lakota Instructions for Living passed down from White Buffalo Calf Woman

9. “May the stars carry your sadness away, May the flowers fill your heart with beauty, May hope forever wipe away your tears, And, above all, may silence make you strong.” – Chief Dan George, Tsleil-Waututh Nation

10. “A very great vision is needed and the man who has it must follow it as the eagle seeks the deepest blue of the sky.” – Crazy Horse, Sioux Chief

12. “Humor is widely used by Indians to deal with life. Indian gatherings are marked by laughter and jokes, many directed at the horrors of history, at the continuing impact of colonization, and at the biting knowledge that living as an exile in one’s own land necessitates. . . Certainly the time frame we presently inhabit has much that is shabby and tricky to offer; and much that needs to be treated with laughter and ironic humor.” – Dennis Banks

15. “It is better to have less thunder in the mouth and more lightning in the hand.” – Apache Tribe

16. “When you know who you are; when your mission is clear and you burn with the inner fire of unbreakable will; no cold can touch your heart; no deluge can dampen your purpose. You know that you are alive. – Chief Seattle, Duwamish, Native American Quotes

17. “We live, we die, and like the grass and trees, renew ourselves from the soft earth of the grave. Stones crumble and decay, faiths grow old and they are forgotten, but new beliefs are born. The faith of the villages is dust now… but it will grow again… like the trees.” – Chief Joseph, Nez Perce

18. “And while I stood there I saw more than I can tell, and I understood more than I saw; for I was seeing in a sacred manner the shapes of things in the spirit, and the shape of all shapes as they must live together like one being.” – Black Elk, Black Elk Speaks, Native American Quotes

19. “Grown men can learn from very little children for the hearts of the little children are pure. Therefore, the Great Spirit may show to them many things which older people miss.” – Black Elk, Oglala Lakota Sioux, Native American Quotes

20. “Seek wisdom, not knowledge. Knowledge is of the past, wisdom is of the future.” – Native American Proverb

22. “Do not judge your neighbor until you walk two moons in his moccasins.” – Cheyenne

23. “Beware of the man who does not talk, and the dog that does not bark.” – Native American Proverb

24. “When you were born, you cried and the world rejoiced. Live your life so that when you die, the world cries and you rejoice.”

25. “Certain things catch your eye, but pursue only those that capture the heart.”

28. “Man has responsibility, not power.”

29. “When we show our respect for other living things, they respond with respect for us.”

30. “Life is not separate from death. It only looks that way.”

Also Read: The Power of Walking Away from Someone you Love

33. “I have seen that in any great undertaking it is not enough for a man to depend simply upon himself.” – Shooter Teton Sioux, Native American Quotes

34. “What is life? It is the flash of a firefly in the night. It is the breath of a buffalo in the wintertime. It is the little shadow which runs across the grass and loses itself in the sunset.” – Blackfoot

35. “It is less of a problem to be poor than to be dishonest.” – Anishinabe

36. “Treat the earth well: it was not given to you by your parents, it was loaned to you by your children. We do not inherit the Earth from our Ancestors, we borrow it from our Children.”

37. “No river can return to its source, yet all rivers must have a beginning.”

38. “It takes a thousand voices to tell a single story.”

39. “Don’t be afraid to cry. It will free your mind of sorrowful thoughts.” – Hopi

40. “You can’t wake a person who is pretending to be asleep.” – Navajo, Native American Quotes